ImmuOligo MBG® is a carbohydrate polymer derived from the mycelium of Ganoderma lucidum, built from chains of D-glucose units linked by β-glycosydic linkages. Research has demonstrated that this unique polymer effectively supports wellness and productivity by maintaining a healthy, robust and balanced immune response without over-stimulating it.

Beta glucan is known as the biological response modifiers (BRM), which refers to the ability to up-regulate and down-regulate the response of biological systems. The results of clinical research indicate that the presence of beta glucan glucopolysaccharide is linked to the production and activation of macrophages, NK-cells, T-cells, B-cells from the body’s natural defense system. This is accomplished by a cascade of biological reactions triggered by the binding of the beta glucan molecules to the Dectin-1/CR3 receptors presented on cells.

It has been shown that the use of ImmuOligo MBG can help adjusting innate and adaptive defense mechanism, and therefore promote a well-balanced Th1 and Th2 response, suited to the seasonal challenges. 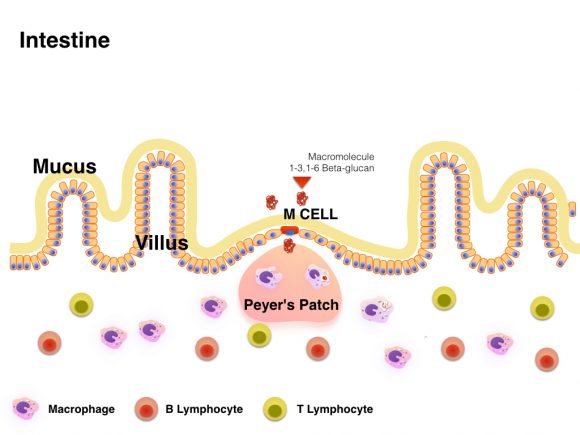 More Questions on our research?  You may request for a copy of our research literatures from here

We're not around right now. But you can send us an email and we'll get back to you, asap.